€400k funding round sweetens the deal for sugar-free snack firm

With a focus now on online marketing, Dr. Coy’s Health Foods plans to increase its workforce and to take its naturally sweetened bars to overseas markets 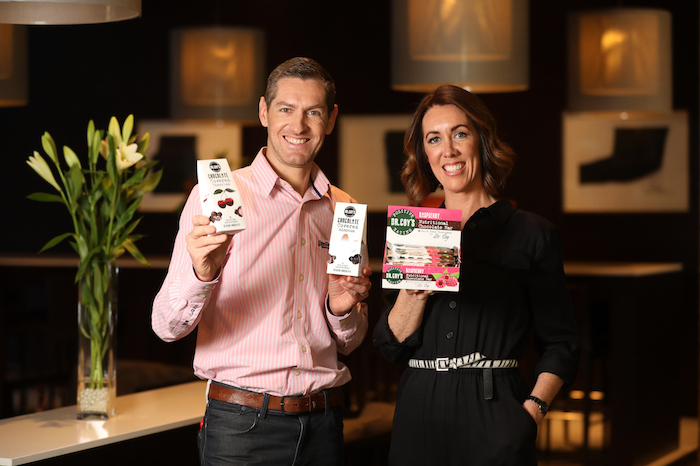 Alison Stroh’s company sells sweet treats, but with a difference: they don‘t include regular sugar.

She founded Dr Coy‘s Health Foods after meeting Johannes Coy, a German oncologist and cancer researcher, while working in Germany.

“Johannes had worked at the German Cancer Research Centre for many years and had discovered these sugars that don’t spike your blood sugar levels,” Stroh said.

“They’d never been used before in nutrition and, as part of this new diet he developed, he came up with this recipe for chocolate that didn’t contain regular sugar.”

“I’d tasted the chocolate when I was in Germany and met Johannes,” Stroh said. “When I came back to Ireland, I became really aware of all these sugary snacks, maybe because I had small kids at the time.

“I went back to Germany, approached Johannes and I told him I wanted to take what he was doing mainstream, because he hadn’t really done anything with it at the time. That’s ultimately how it all started.”

Stroh started out with a range of gluten and lactose-free chocolate bars, sweetened with isomaltulose and galactose, and stocked initially by Irish retailers such as Avoca and Brown Thomas.

She estimates that Dr Coy’s Health Foods has between 500 and 600 individual stockists in the Irish market, among them SuperValu, Tesco, Fresh and Donnybrook Fair.

In Britain, her products are stocked by Ocado, the online retailer, and Revital, a chain of health stores in London.

They also sell online at drcoys.ie. There are six chocolate bar varieties, priced from €8.99 for a pack of five, and other products including chocolate-covered fruit and nuts, a Stevia sweetener and an organic vegetable bouillon.

Stroh works with two manufacturers in Belgium and Germany and outsources logistics to 2Flow in Dublin.

“We foresaw quite early on what was about to happen with Covid-19 and were lucky enough to be in a position to buy enough supplies to see us through three months,” she said.

“We had a big in-store campaign planned for May, but now our focus has switched to online marketing instead. That was something we needed to do anyway.

“We had good social media content, but we hadn’t really looked at SEO [search engine optimisation] or driving online sales. We’re working with a digital agency. We’ve just put a strategy together with them in the last week.”

The company closed a €400,000 funding round in October, which included €100,000 from Enterprise Ireland (EI). The company is a high potential start-up client of the state agency.

“I did EI’s six-month New Frontiers programme at a very early stage and they gave us a €15,000 grant. We also got the Competitive Start funding of €50,000,” Stroh said.

“They’re very supportive and I think that now, as we grow, we’ll become more relevant for them and them for us as we look to get into new markets. They can maybe assist us with research and access to their offices overseas.”

Stroh plans to open another €400,000 funding round later this year. “The plan had been to close that by June, but we’ll have to see now,” she said. “It will enable us to scale up and take on new people and to focus more on export and marketing.”